The main currency in the Sugarverse will be CNDY. It will be a utility token used throughout the Sugarverse. A single token serves the greatest long-term interest of our community and will be used by gamers, developers, publishers allowing them to participate in the multiverse.

CNDY token will be connected with the in-game currency gCNDY. Players can claim CNDY token from gCNDY earned in the games using a floating exchange rate. First CNDY claiming requires the player’s account to have been created for at least 10 days. After that, players can claim once every 24 hours. A 1% fee based on CNDY claimed will be charged in gCNDY. 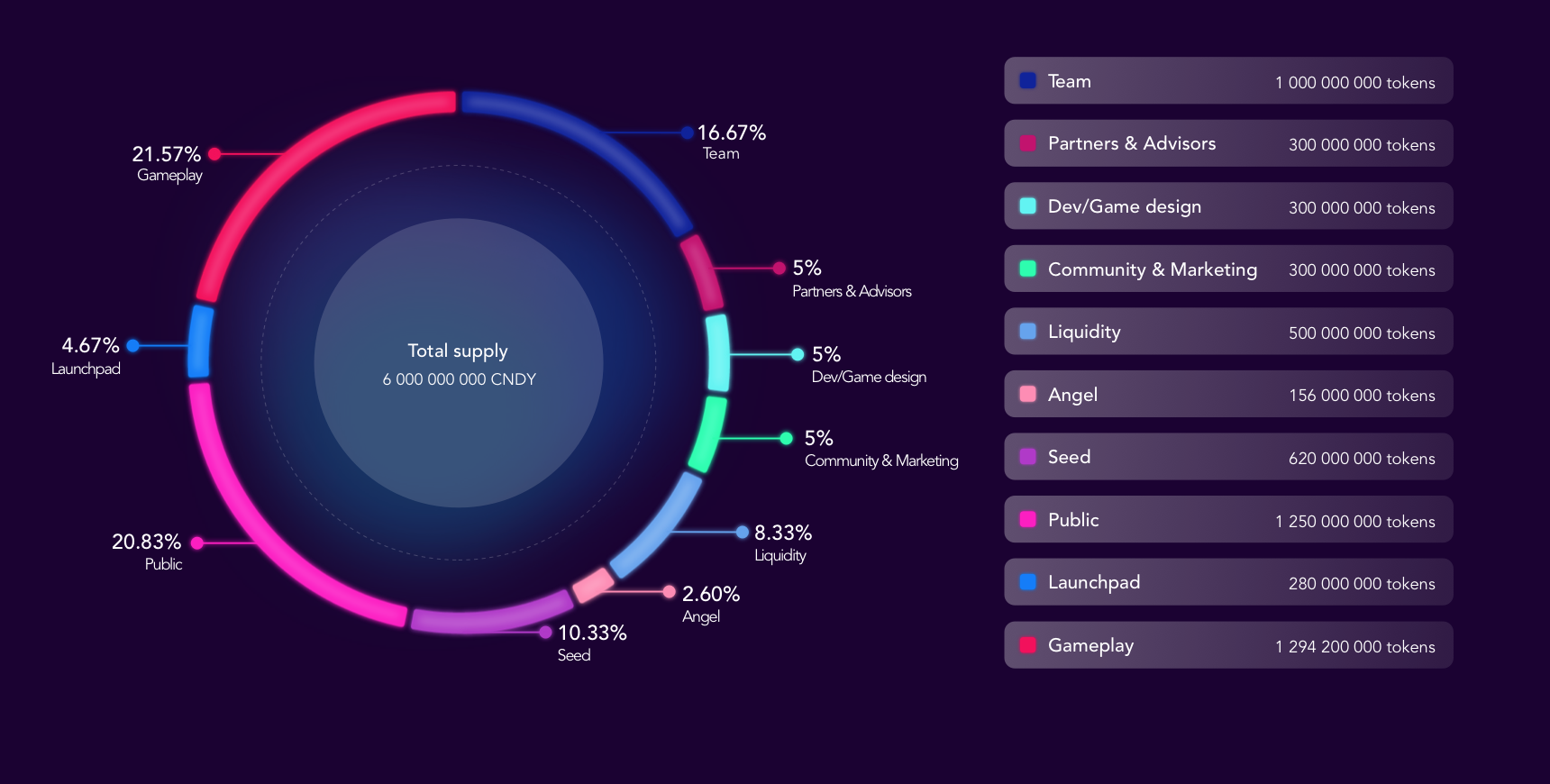 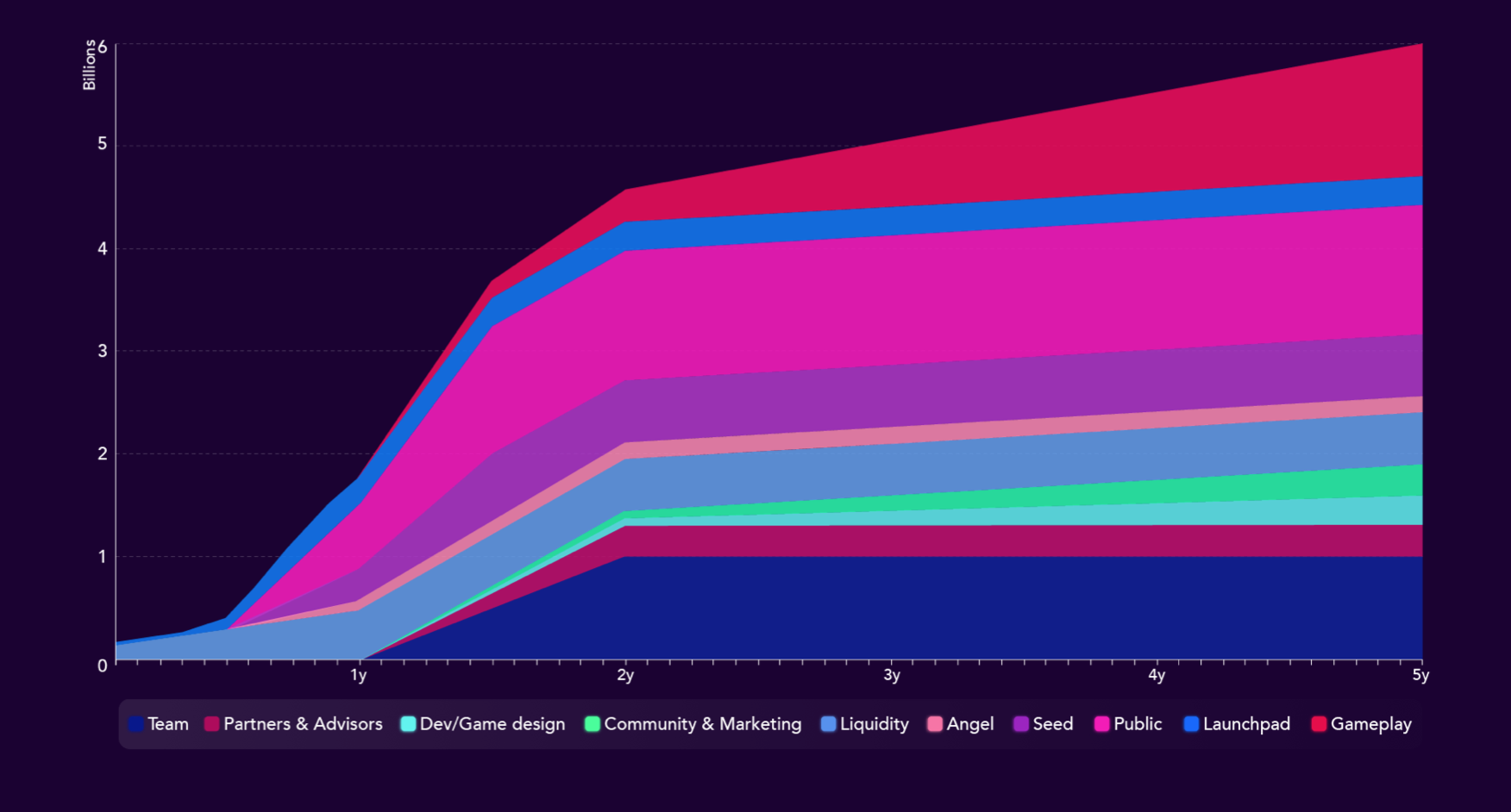